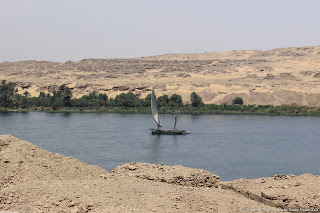 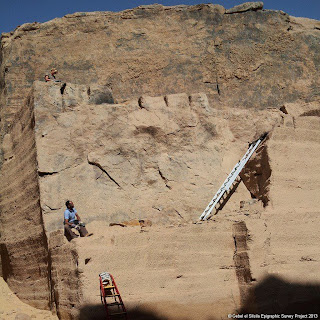 Posted by gebelelsilsilaepigraphicsurveyproject at 3:31 PM No comments:

Start of a new season!

As the Khamseen howls around us and bringing summer and heat to our door step from the western desert we prepare ourselves for our next field season at Silsila. This year our season will be divided in two blocks of six weeks each, with a spring season beginning now on Monday 15th of April and planned to proceed until the end of May – probably a bit on the hot side towards the end, but we are pretty sure our love for archaeology and Egyptology will keep us going!

Still being a rather small team (although we look very much forward to welcome some new members for the autumn season) it is our aim to pick up where we left off last year and to continue to work in the smaller quarries that surround the main quarry. We will continue to carry on the overall photographic documentation of the individual quarry sections as part of the long term objective in creating a comprehensive topographical map of the area, labelling each individual quarry section and all epigraphic and archaeological material.

From an epigraphic perspective the documentation of the quarry mark system will continue along with other pictorial graffiti (Dr. Nilsson), Dr. Almasy will continue working with the textual inscriptions; from a general archaeological aspect, Dr. Ward will proceed in the topographic data recording (of course, once on site we will introduce you also to our inspector). In addition, we will look closer at the various extraction techniques by studying in more detail the tool marks, grooves and trenches, hopefully adding to the already very interesting information that has been brought to the table by Prof. Harrell and Dr. Storemyr. 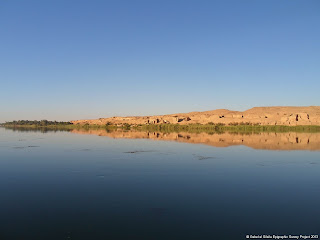 Proud followers in the footsteps of Ricardo Caminos and his students at the time we hope to contribute to previous epigraphic recording by including some more technologically developed techniques and to bring this material into its greater archaeological context. For sure, the team is very excited about our latest additions to the camera equipment and recording devices which will enable us to document in close-up details inscriptions and pictorial graffiti that are located at the highest levels of the sometimes 40 meter high quarry walls!

With that being said it is time to return to packing and preparations, but we hope that you will all join us by following us online during our work! Do not forget to follow us also on Facebook!

Posted by gebelelsilsilaepigraphicsurveyproject at 7:24 PM No comments: