The Swedish-Egyptian mission at Gebel el-Silsila, led by Dr. Maria Nilsson and John Ward (Lund University), under the supervision of Dr. Mostafa Waziri, Secretary General of the Supreme Council of Antiquities and Mr. Abdel Moniem, General Director of Aswan and Nubia Inspectorate, has discovered a New Kingdom sandstone workshop and several sculptures during their excavations.

Included in the finds, a large criosphinx (ram-headed sphinx) was discovered under several meters of quarry spoil and debris. Only its head was visible before. The ram-headed sphinx measures approximately 5 m long, 3.5 m high, and 1.5 m wide, and was carved in a style comparable with the criosphinxes to the south of Khonsu Temple at Karnak. Archaeological context suggests a date from Amenhotep III of the 18th Dynasty.

During the sphinx excavations and placed up-side-down next to the large sculpture’s stomach, the team discovered a smaller practice piece of another sphinx, perhaps carved by an apprentice. Both sculptures are preserved in a rough-cut and prepared for transportation, but were likely abandoned at Gebel el-Silsila as the larger sculpture fractured. Since then, later Roman quarry activity buried the sphinxes in spoil.

Nearby the practice piece, embedded in the walls of a contemporary workshop, was also uncovered a rough-cut uraeus (coiled cobra), made to crown the head of the larger sphinx, and a blank round-top stela. 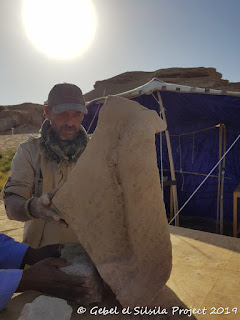 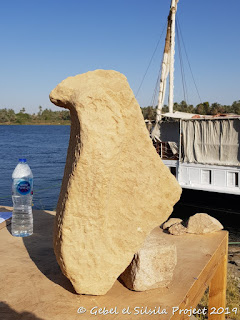 During the excavations, hundreds of hieroglyphic fragments were discovered, belonging to a destroyed Naos of Amenhotep III (Naos E), together with new sculpture fragments of the associated falcon. In addition, parts of an obelisk, including its pyramidion, were retrieved.

Included in the find is also a quarry text written in red ochre during the reign of Amenhotep III (c. 3350 years ago) at the time of the opening of the quarry, preserved with the depiction of a large scale figure. The team’s epigraphers are currently working on the text and image.


Excavations and digital recordings are scheduled to continue during the mission’s upcoming field season. 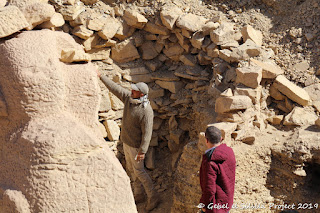 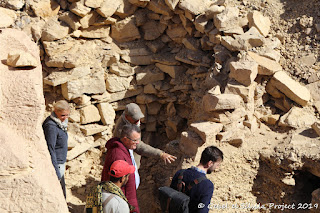 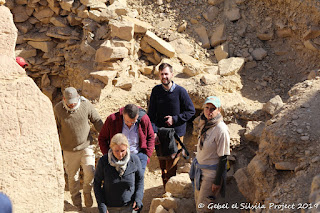 The discovery was filmed by British production company Windfall Films for National Geographic Channel (The Lost Treasures of Egypt: Warrior Pharaoh Queen) airing now, and UK Channel 4 (Secrets of Egypt’s Valley of the Kings) to be aired in March.


The team would like to thank the Permanent Committee for granting us permission to continue our work at Gebel el-Silsila, to Mr. Abdel Moniem, General Director of Aswan and Nubia, as well as Dr. Mostafa Waziri, Secretary General of the Supreme Council of Antiquities . We would equally like to thank all our sponsors, patrons, family and friends who support us throughout this incredible work. Thank you!
Posted by gebelelsilsilaepigraphicsurveyproject at 5:53 PM No comments: 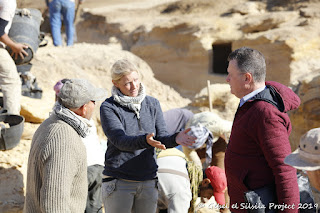 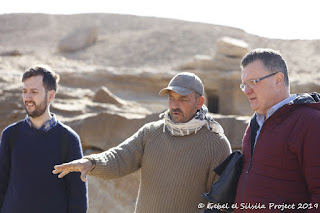 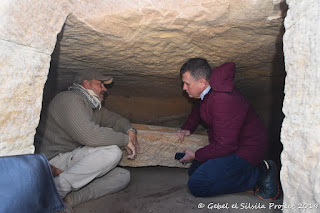 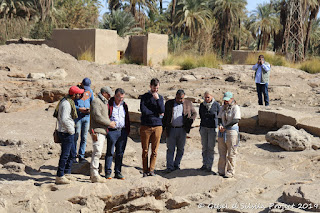 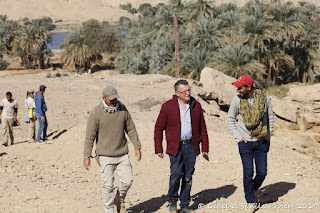 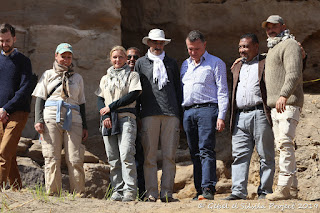 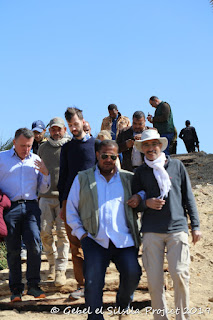 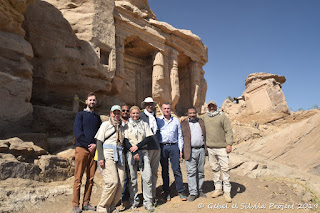 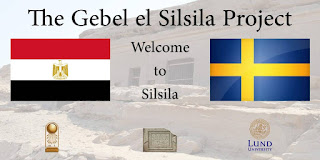 Posted by gebelelsilsilaepigraphicsurveyproject at 8:58 AM No comments: