Half way into the autumn season

The autumn season of surveying Gebel el Silsila begun in accordance with set plans on September 1st with the aim of continuing the documentation of epigraphic material (textual and pictorial, including the quarry marks), archaeological material visible on the surface, and topographic records; an inventory of details that hopefully will paint a clear picture of the social, religious and practical life of the ancients of Silsila. This season we were very happy to welcome to the team Mr. Essam as our inspector, a truly inspiring and positive addition, and with a genuine wish to learn and understand all aspects of the quarries and its surroundings. We spent our first day back making an overall inspection of the East Bank, making sure all things remained protected (which they were and still are!), and at the same time allowing Essam to get used to the environment and the sheer size of the site. Silsila, or ‘Madam Silsila’ as we call her, offers her visitors a spectacular visual journey through her stony landscape, starting with Predynastic rock drawings in the north and proceeding southwards throughout the dynastic periods towards early Roman times, only to turn it around and finally end in Prehistoric epochs far older than those in the north. 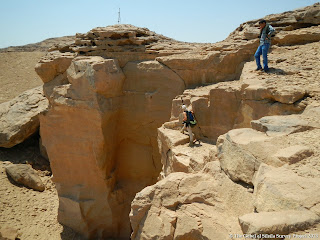 
We began this season’s work in the surface quarry of Ramses II; a rather ‘ugly’ quarry to be honest as it presents a non-uniform technique with ad hoc extraction and with blocks of various size and shape. Ugly or not, we learnt incredibly much in terms of ancient extraction methods and transportation, and indeed we must admire the ancients’ knowledge and respect for the natural features of the rock as they followed the strata layers with almost perfect efficiency. Of course, being in this area is always a pure pleasure as one passes and can admire the motives of the now fallen stela of Ramses II. 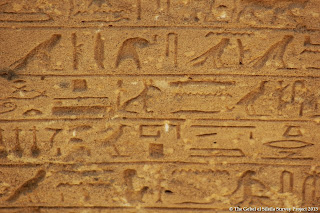 Hieroglyphic text from the Ramses Stela


But from there and then, half way into our first week, plans changed as the need for immediate documentation of the site’s southern parts were steadily increasing. As a result we were thrilled and very pleased to be able to record two ‘new’ rock art sites; one Predynastic (4000-3000 BC), and another presumably Epipalaeolithic (7000-5500 BC), both sites dated based on style, motif, location and patina of the pictographs. A similar preliminary documentation was carried out in the south of also the West Bank, where no less than seven new rock art sites were found. We owe our deepest gratitude to Dr. Dirk Huyge for providing information and making us aware of some of these sites, which are now placed on the top of our list for important sites within Silsila that requires immediate attention and further studies. 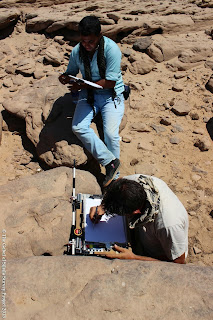 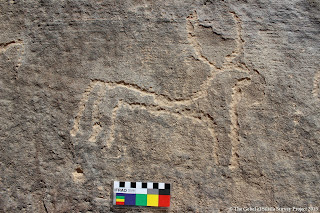 One of many Prehistoric/Early dynastic beauties!


Entering our third week we were happy to welcome back Adrienn to the site, and likewise we greeted to our floating survey base a visiting Egyptologist, Vincent Oeters. While Adrienn wished to immediately return to the Roman quarries on the East Bank, we had her on hold for the first four days as the surveying and recording of rock art sites continued in the south of Silsila West. Prehistoric man indeed became alive in front of our eyes as we documented his depictions of early hunters, giraffes, bovids, and other motives from the natural fauna. Nearby we were thrilled to record the written documents of Middle Kingdom visitors and workers, again adding a piece of the great jigsaw puzzle that makes up the large site of Silsila. 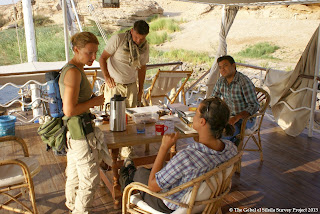 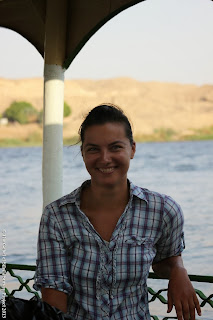 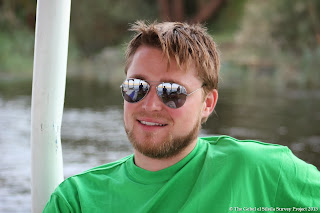 Visiting Egyptologist Vincent
Soon, however, it was time to return to the East to complete our documentation of quarry marks, inscriptions and topographic details in the quarry immediately to the north of the Ramesside quarries, known among us as the ‘Pylon Quarry’ (formally Q24) on the basis of its many depictions of pylons. A demotic inscription helped us to date this quarry to the age of Tiberius, but most of its quarry faces now date to the early 20th century as the former (ancient) quarry fell victim for the extraction for building the Esna barrage. As we returned to the east it was time to say our farewells to Essam, who for sure will be grateful for a break and rest after ‘Maria’s “fun” walks’ in the south, and welcome our next inspector, Mr. Mustafa! 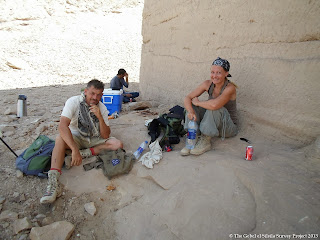 Back in the Pylon Quarry - lunch time 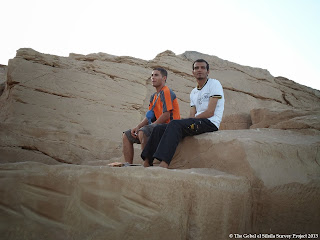 Welcome to the team Mustafa (right and with Abdul to the left)!
As the survey continues the aim is to proceed into the quarry area of Amenhotep III, followed by another visit to the south as part of preparatory studies for our next season, which hopefully will take place during the spring of 2014. 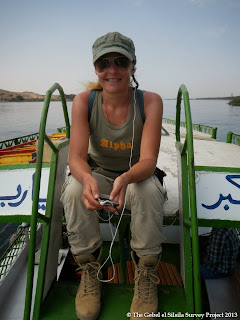 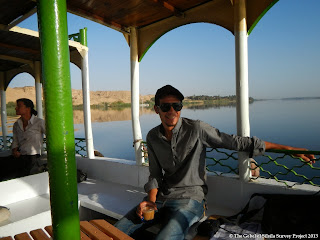 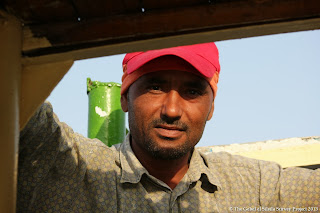 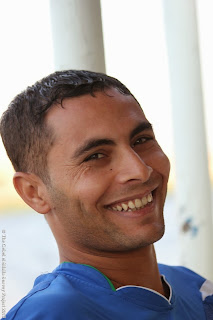 Our always positive Abdul, the greatest chef and trusted friend! 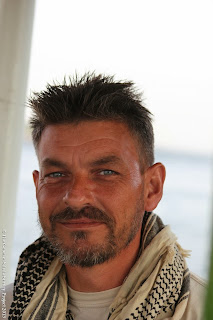 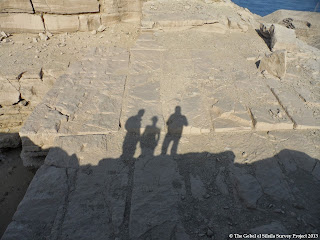 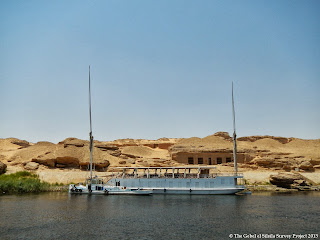 Our floating survey home this season 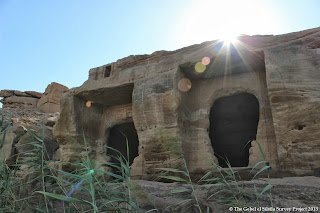 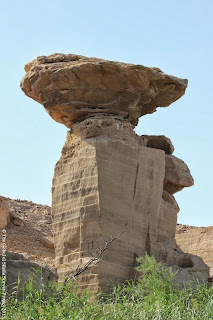 One of the most notorious symbols for Silsila 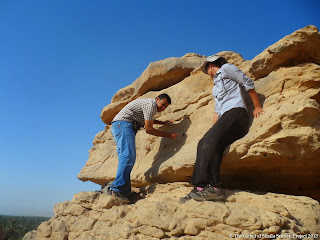 Adrienn and Essam tracing (on plastic sheet) a hieroglyphic inscription
Posted by gebelelsilsilaepigraphicsurveyproject at 6:41 PM