The second week surveying Gebel el Silsila had a somewhat unusual start to say the least. Driving down from Luxor Saturday morning (since we return to the house each weekend) all seemed normal except for a few weird noises from time to time combined with an unusual smell in the mini-bus. Arriving at site we all jumped out ready to get started with another week, and the few remains of sleepiness in our eyes soon came to an abrupt end as John opened up the back of the car, jumping back a good meter while screaming out WHAT IS THIS?!? Adrienn and I thought of spiders, snakes, scorpions, what have you, but out of the mini-bus came a large chicken/hen, a winged hitch hiker without any idea of what was going on. The chicken must have sneaked into the bus as we were packing in Luxor since it stood parked next to our landlord’s chicken pen. So there we were, at Silsila, John holding the poor little thing while looking at Adrienn and I, and as he is fully aware of what we are like with animals he let it go loose for nature to decide its fate. So, imagine this chicken sitting in the bus all the way down from Luxor to Silsila, being met by a man initially screaming at it, then being picked up and released in the wild... little did it know the reaction of the guardians when they saw John releasing the bird – four persons who just woken up, completely forgot all about what they were doing at the time and simply run out in the bushes, all running around in the same style as the poor chicken – convinced they would catch it to have some nice lunch. At this point, Adrienn and I left the base camp and walked off to our second camp to start our work – some things an animal lover do not like to see. The chicken, though, did its very best and still in the afternoon when leaving site, she was a free bird! 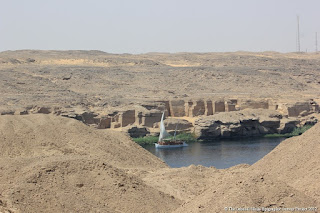 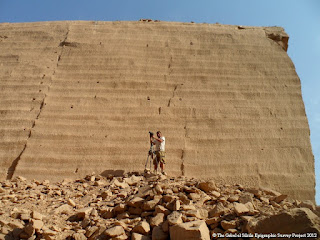 During this second week, our surveying continued in the main quarry, with sections C-E. Adrienn could pretty much continue according to plan with the copying of demotic inscriptions, but for John and I each day presented new difficulties due to the position of many of the quarry faces in Sections D and E, never being fully exposed by the sun and during midday having to deal with a too strong backlight to capture any details of the inscriptions with our cameras. 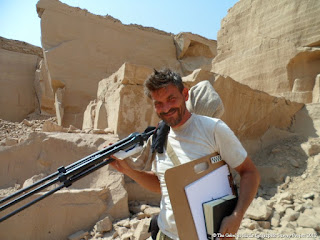 We are very pleased to find that a clear pattern is emerging as to the identity and socio-religious positions of the men who engraved their names onto the quarry faces in Silsila. A clear distinction is made between the different sections and we learn more details as each day comes to an end. The amount of inscriptions still amazes us and we have come to terms with the fact that the main quarry will keep us busy for yet some time before being able to move on to the next.

From a more personal point, which many of you already know, September 29 was a very special day at Silsila. Early morning John and I set off to measure for large Greek inscriptions that we found the other day on a ledge in Section D. While I am the one who is usually quickest to get up, John seemed to half run to the quarry face where the ladder stood ready for us to climb up. Inspired by his enthusiasm I started to climb the ladder too, but when I was two steps from the top, instead of finding John holding the ladder for me, he stood on one knee presenting to me a desert stone – a hollow one which he opened and within which was the most gorgeous diamond ring any girl could ever ask for! Completely taken by surprise I must have spent a few moments simply staring at John, then the ring, John again, and then of course being the happiest woman in the world to accept his proposal! So, he let me up on the edge where we stood and sat for a long moment just taking in the fantastic experience, being in our most favourite place in the world, on a cliff ledge high up in Gebel el Silsila overlooking the most beautiful part of the Nile, perfectly mirror reflecting the cenotaphs on the west bank... what a start of the day! Admittedly, it was very difficult to concentrate on any form of work – even with almost three meters of Greek inscriptions behind us!

As if this day was not perfect enough anyway, we had a very nice visit from the general inspector of Kom Ombo, with whom we discussed our findings so far and the main questions we are working with currently. We very much look forward continuing these discussions as work progress!

The last day of the second week we took some time off the regular work in the main quarry and explored instead the area to the north, as a little preparatory “field trip” for later work. The information we collected during the morning hours was beyond any expectations and we realised even more how much the site has to offer its visitors! More about these findings in good time people! 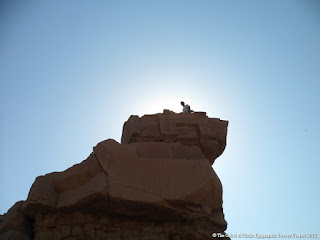 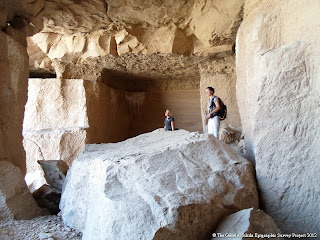 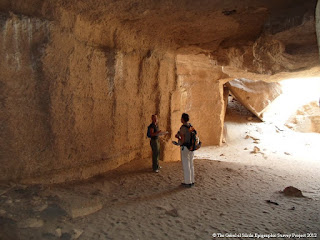 The latter part of the day we spent at Silsila West, enjoying a wonderful afternoon in the Speos of Horemheb, visiting a few cenotaphs, and taking more overview photos of the landscape in preparation for future work on the quarry graffiti. Driving back to Luxor Thursday afternoon we were all exited and full of energy to return for yet another week on Sunday! Next week includes, for Adrienn to continue copying the Greek inscriptions, for John and I to complete Section E and Corridor F, and all the stone blocks (extracted and fallen) on the floor level, and from a topographical point of view to do a closer documentation of the pathways and huts that are scattered on top of the spoil heaps and the plateau surrounding the main quarry. 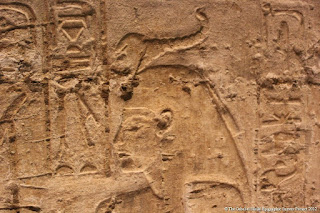 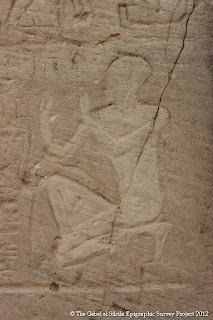 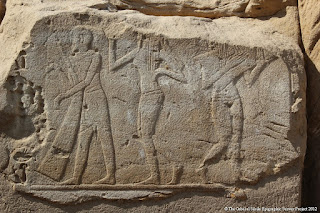 With best and warmest greetings, hope to have you with us for next week’s little update!

Posted by gebelelsilsilaepigraphicsurveyproject at 4:18 PM